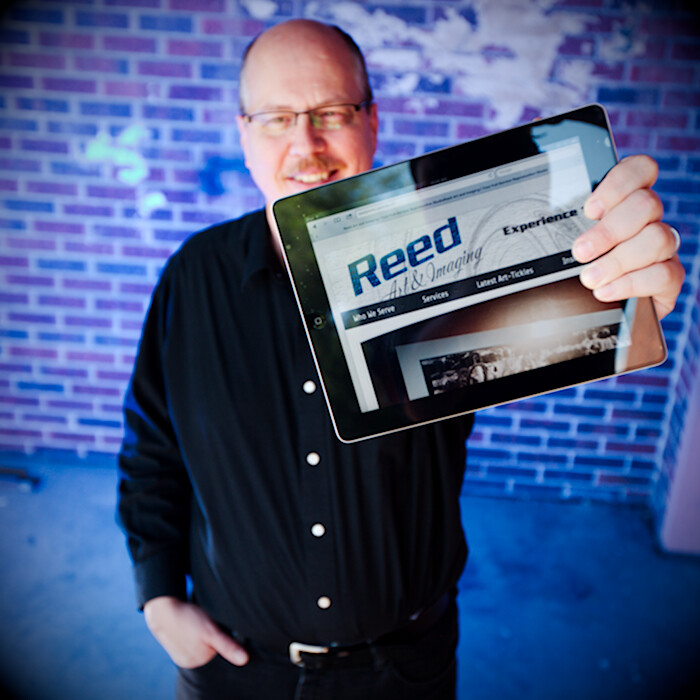 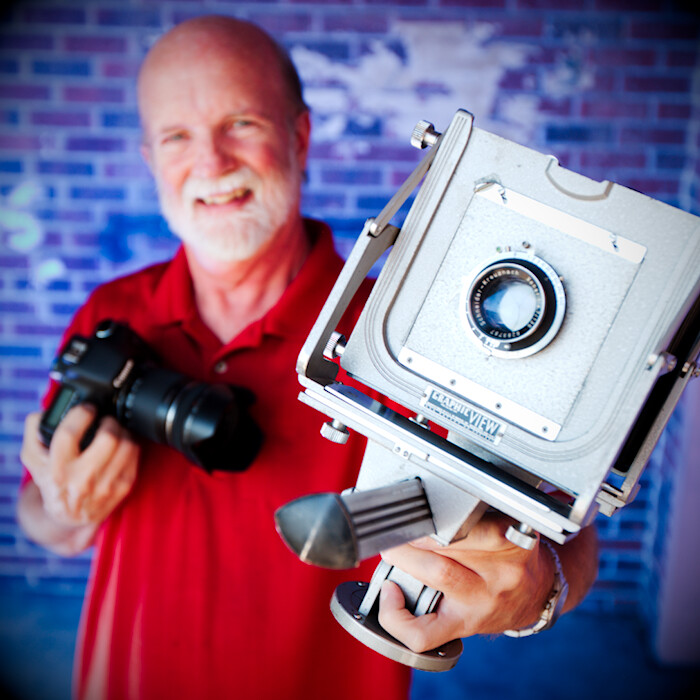 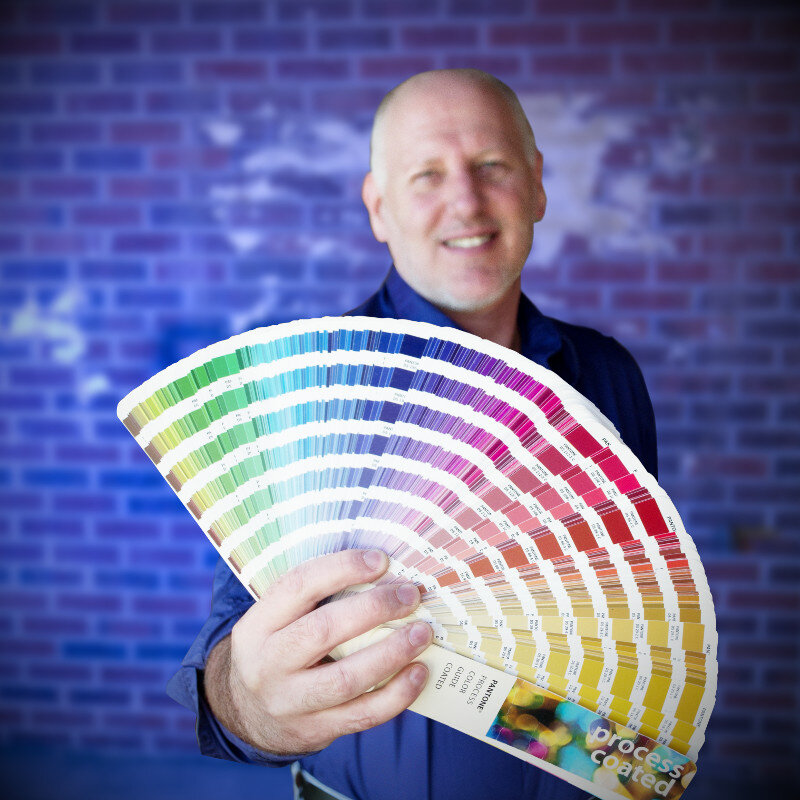 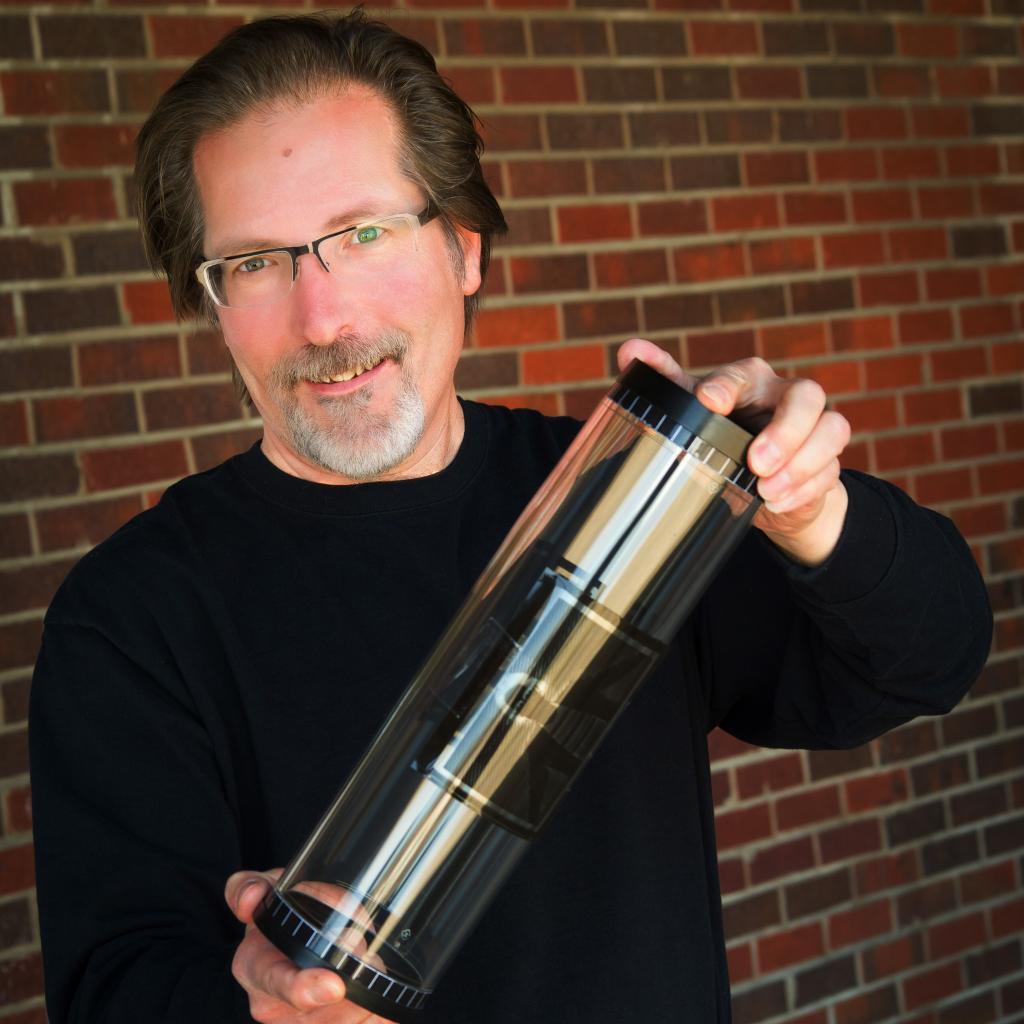 I’ve been involved in the photographic industry since 1968, when I started working with my father, Herman Birlauf, Master of Photography, at Birlauf and Steen Photo. With the art of traditional processing and printing accomplished, my actual photography experience began in 1985. I’ve specialized in commercial and artwork photography ever since. Photographing artwork for reproduction has been quite challenging. My 21 years of using film for that purpose has given me a great foundation for the transition into the digital capture realm. I try to go above and beyond what is expected of me. Problem solving is a skill I strive to build on all the time. I really do love what I do. I believe, artistic expression is a language separate from the spoken word. Everyone’s translation can be different, but not incorrect.

Things were going pretty well in my life in 1986 I was recently married and had a fairly good paying job as a lime kiln operator at a small limestone kiln and rock crushing plant in Salida, Colorado. In the dry summers, the plant would practically run itself. On easy nights like this, it was my job as shift boss to keep myself and my helper awake as we monitored the plant and performed routine maintenance duties. In wet or cold weather, there was no sitting around. A twelve hour shift meant constant system checks to make sure the elevators, conveyor belts and other components that fed the rock crusher and 100′ horizontal lime kiln, were not plugged by cold and moisture. In other words – twelve hours of hell. To pass the time on the nights that were not hell, I started drawing pencil portraits of my shift partners on the control room desk, as we whiled away the hours talking about things like the supposedly great young quarterback that the Broncos had just picked up. One of my previous attempts at satisfying my “art itch” was to hoist myself fifteen feet in the air in the bucket of the front end loader and scratch out a pretty good likeness of a disgruntled, unshaven, cigarette butt-puffing, Mickey Mouse on one of the dust-caked lime bins – with an accompanying caption that read: “Whadda’ Mickey Mouse Operation!!!” Needless to say, this did not endear me to the plant manager. I spent the NEXT shift, hoisted fifteen feet in the air in the bucket of the front end loader, scrubbing and hosing my “artwork” off the lime bin. It was at that point that I confined my creative urges to desks and the unpainted drywall in the employee break room. It was on one of those “hell nights”, while shoveling up a red-hot lime spill, that I said to myself: “I can do better than this. My family deserves better than this.” I always knew that I would end up in ART. I had just been ‘hanging around’ up to that point. Prior to the limestone thing, I worked on a research vessel in Miami for about a year and before that, spent the latter half of the seventies cutting women’s hair. In between, I did construction and restaurant work. So, I got to the party a little late, but I got here all the same. I’ve worked in many areas of the design and printing fields, in three different states; from old school stripping and process camera work, to traditional photo retouching, to layout and design (on a drafting table!) and as multimedia art director for a national educational publisher. I have enjoyed every minute of it (almost). It’s where I belong. Now I’m back in Denver at Reed Art & Imaging as the design/marketing/blogger person, where I’m responsible for — you guessed it — design, marketing and blogging. Plus, whatever else they can find for me to do (I think I’m scheduled to run the leaf blower in the parking lot, sometime in October). It is truly a great experience to be working here at Reed, where the phrase: “Artists working with artists” is not just a hyped-up platitude — it’s the truth. The level of talent and experience here is as good or better than I have ever been around — and they’re are nice people to boot!

Did someone say film? I live, eat and breath film, gosh darn it! But seriously, after completing Naval photography school, some higher education and proudly serving as a Naval Photographer for five years, I began my career in photo labs (1988). I started at Reed in 2000 processing professional films and currently operate our CNC machine where I mill metal and MDF to spec.  As a “card carrying” member of the Colorado Photographic Arts Center  my photographic art has been displayed in several galleries throughout the Denver Metro area. My passion is photography and, as of November 2011, I have been creating images using the Collodion Wet Plate Process, first used in the 1850’s. I believe in the magic of light and silver, and the art of photography.

As one of the industry veterans here at Reed, my history is long and varied. I have worn a number of hats here, some for brief flashes of time, and others for more than a decade. Back in `84, I was hired on as a film tech/airbrush retoucher. It was a natural transition moving in to digital retouching. Presently my duties cross between Digital Marketing for Reed and in IT where I maintain workstations, servers, POS, commercial software and a good percentage of our websites. I have been a creative as long as I can remember. My first experience with a photographic images was a Montgomery Wards 126-format roll camera. Plastic everything on that baby, only one shutter speed and one aperture. Next up was an Afga Joselette 120 with manual focus, measured in meters of course. Before I could move to another camera, I had to “prove” my stuff to my father, an avid and long-time darkroom adventurist and retired army veteran. I had to demonstrate that I could accurately meter manually, push and pull process as well as make a proper black and white print from all of those negs. At the time, I cursed the process, but as I grew in my photo career, it rapidly became very evident just how much I learned from those hours in the darkroom, processing and printing negs with such varied exposures and developments. While in school I dabbled in several disciplines including painting, drawing, ceramics, jewelry, and of course the photographic-arts.
Things are a great deal different now. The industry has mostly replaced silver halide with pixel-sites for image capture. The silver and dye clouds in latent image papers are looking like they may be completely replaced by ink jet dots in coming years.  Science is constantly improving our ability to capture and reproduce scenes electronically and I find the possibilities for the medium to be very exciting.
Having worked with hundreds of thousands of images during my career thus far, I still find the creation of new images fascinating. In my free time, you might find me with camera in hand exploring nature creating stills and video, or a musical instrument playing for small groups. Mostly I enjoy spending my free time with my best friend – my wife Melissa. Somehow she makes even the most mundane weekend chores and shopping excursions fun.